The SFM team is uniquely suited to serve our clients. Our background, experience, and culture allow us to find solutions and generate results where others may not.

SFM is built to support long term relationships with clients that produce results. Our team of over 400 professionals come from a variety of backgrounds in the sports, event management, entertainment, and hospitality industries. Our dedication to collaboration ensures our entire team and all our clients benefit from this collective expertise.

SFM account leadership is supported by departments of subject-matter experts to provide each facility with the resources needed for success. In our model, each client maintains full control of their asset and has full visibility into each portion of the operation. 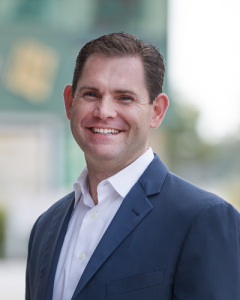 With the leadership of Jason, SFM has opened more successful sports tourism venues than any organization in the country. Jason is a passionate contributor to causes that positively impact families and communities. He is also an experienced advisor having provided planning, strategy, finance, and operational leadership to projects worldwide.

Prior to transitioning to his current role as CEO of SFM, Jason served for nearly 10 years as the Chief Operating Officer for SFA and SFM from their infancy to their current state as enterprise level firms. Under his leadership the firms have become globally recognized leaders focusing on transforming the health and economic vitality of communities around the world. As the Chief Executive Officer of SFM, Jason leads the strategic direction, culture, and service standards that define SFM in the public and private sector markets.

In response to market demand, Jason founded and led the launch of SFM overseeing the development of the organization products, services, and management delivery systems.

Dev founded SFA in 2003 and is widely regarded as an industry thought-leader who has contributed to the well-being of communities around the world. Dev is a passionate social entrepreneur and innovator who has dedicated more than 25 years to the development of numerous businesses that empower and develop communities. He’s led numerous efforts to expand the youth and amateur sports in suburban, urban, and rural environments.

Dev’s passion for developing teams and for engaging kids and communities in sport led him to develop the Sports Facilities Advisory. His leadership has produced facilities that integrate traditional sports with special events, adventure sports, education, leadership-development, and amusement to turn early concepts into financeable and sustainable facilities that make a difference in communities. Dev is a sought after public speaker, leadership mentor, and advisor to public and private owners.

Under his leadership, SFA has become respected as the industry leader in strategy, program planning, and project finance; a position achieved through global brand presence and measurable impacts for communities. Dev’s expertise and thought leadership have been sought out by The Wall Street Journal, Forbes, Market-Watch, CNBC, NBC, The Aspen Institute Sports & Society, The National Association of Sports Commissions, The National Recreation and Parks Association, The Sports Business Journal, Sports Travel Magazine and many others.

For more than 20 years, Dev has owned, operated, and advised a wide range of sport, adventure, education, and special events venues. Prior to the launch of SFA in 2003, Dev served as an Outward Bound Instructor, a Wilderness guide, and he founded and sold an International Eco-Tourism Company, a ten-acre corporate team development center, two specialized business-development firms, and he served as an active investor in a-number of other sport and recreation focused businesses. Dev has served on numerous Boards of Directors and has led executive team development efforts for large corporations in the sports and entertainment industries. Dev is a dedicated father and husband. 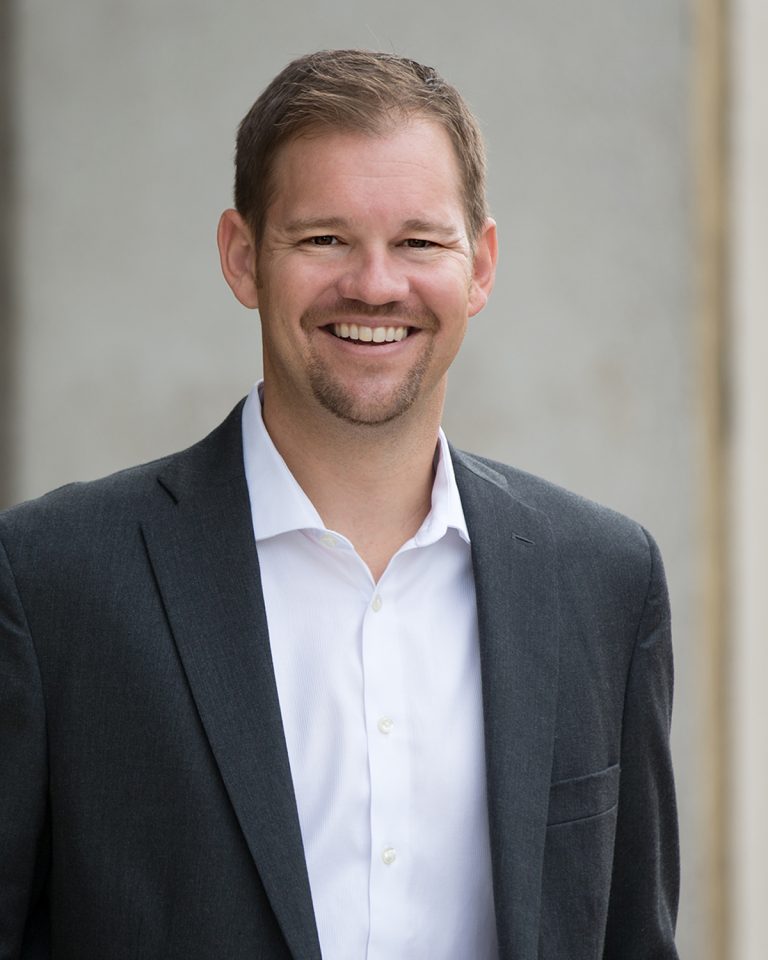 Eric earned his MBA in International Business and began his career as a professional soccer player. He joined SFA in 2006 and has since held nearly every operational role through SFA & SFM’s growth. Eric now leads SFA and SFM’s growth effort by designing service solutions that help our clients achieve their goals.

Eric developed the original financial and market analysis tools that SFA is most well-known for. Eric also led the first facility opening projects in our company history that paved the way for the launch of SFM. Since joining SFA & SFM, Eric has overseen and served as an advisor to hundreds of projects including market studies, financing plans, development plans, turn-arounds, and new facility openings. His work in domestic and international markets includes projects in the U.S., Canada, Caribbean, United Kingdom, Latin America, Asia, and the Middle East. Eric currently leads SFA & SFM’s expansion efforts in our continued vision to integrate sports, fitness, education, leadership development, and adventure sports into communities around the globe.

In 2012, he was honored as a member of the Tampa Bay Business Journal’s “30 Under 30” Up and Comers class. In total, Eric has been a catalyst for SFA’s growth, leading the entire planning, funding, and grand opening of more than $500 million in sports, fitness, recreation, and entertainment facilities. 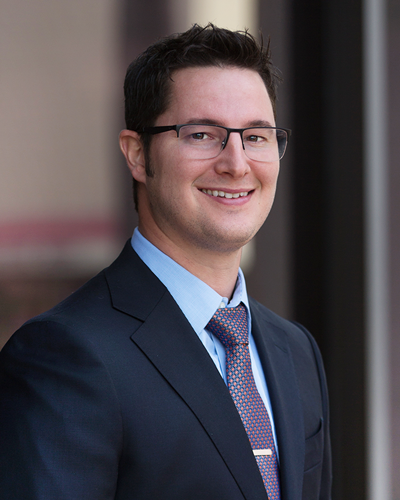 Evan began his career with more than 8 years in facility operations and as a Program Manager within one of the largest YMCA systems in the U.S. Evan joined SFA in 2012 as a Business Analyst, Account Executive, and today Evan serves as the COO of SFA. He oversees the company’s customer service and delivery systems as well as the team of strategic advisors, business analysts, project managers, and research specialists who produce SFA’s market research, feasibility, and financing services. Since joining, Evan has served a portfolio of over 400 projects totaling more than $4.5 billion in planned and operational sports tourism, community recreation, and large-scale, master-planned sport, recreation, wellness, and entertainment destinations.

Evan holds a Master’s Degree in Sport Management from University of Florida and formerly served as Operations Director for the largest YMCA branch in the Tampa Bay region.

An energetic and results-driven financial leader, Bob has guided teams that perform finance functions for some of the world’s largest companies. Bob served in a number of roles over a 10-year span at Walmart, Inc. Most notably, Bob held the position of CFO of Walmart Global E-commerce (Walmart.com) from 2008-2010. In his role as CFO, Bob led the finance and accounting teams for Walmart’s $3 billion e-commerce business. Bob takes his experience developing and implementing financial processes at the highest level and his experience in a diverse set of industries to his role as Chief Financial Officer for the Sports Facilities Companies

Bob has extensive experience developing and implementing financial processes, systems, and controls for some of the world’s largest companies, including Walmart, Inc. He has a proven record of achievement in E-commerce, real estate development, and retail. Through his work, Bob has managed planning, forecasting, and reporting (external and internal) for multiple segment levels and corporate support areas and has driven productivity and improved bottom-line results. Bob has in-depth experience leading acquisition due diligence and negotiations, including lease and contract reviews, best practice analysis, risk assessments, and valuations.

From 2012 to 2019, Bob also served as a city councilman and then as the mayor of the city of Little Flock, AR. This role provided Bob with experience in municipal budgeting, governmental fund accounting, state audits, and FEMA disaster application development and administration. 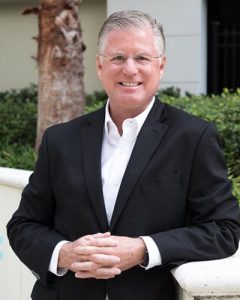 Dave has extensive experience in operations having held executive level positions in several national footprint, multi-channel sports, and outdoor retail chains. He has a proven record of achievement in strategy development and execution, results-oriented leadership, and customer satisfaction within fast-paced, rapidly growing companies. He is particularly adept in developing effective, loyal, and cohesive entrepreneurial teams. Dave brings his far-reaching experience and achievements in all aspects of business operations, strategy, and team and culture development to Sports Facilities Companies as Chief Operating Officer.

In his role as COO, Dave oversees venue development and operations across all SFC venues. He provides oversight for our human resources, event creation and management, vertical operations, venue planning, and information technology teams.

From 2010 to 2013, David served as Vice President – Director of Retail for Baskin’s Western & Work Wear, where he oversaw all aspects of retail operations. During David’s tenure, Baskin’s grew from 17 to 31 locations prior to a successful exit by a private equity ownership. In the two years prior to this work, he served as a Regional Manager for Academy Sports & Outdoors, Inc. where he held responsibilities for retail operations.

From 2004 to 2008, David served as Senior Vice President – Director of Stores for Golfsmith Golf & Tennis, Inc., where he oversaw all aspects of retail development and operations. During his tenure, Golfsmith grew from 60 to 79 nationwide locations with over $300M in annual revenue and successfully executed an IPO.

David started his career in 1987 at Galyan’s Sports & Outdoors., Inc. where he worked more than 20 years, starting as a salesperson during high school, working in a variety of management positions in stores and home office, eventually being promoted to Senior Vice President – Director of Retail, where he oversaw all aspect of retail development and operations. During David’s tenure, Galyan’s grew from 2 to 51 nationwide locations with over $750M in annual revenue, successfully migrating through several changes in ownership transaction resulting in a successful IPO. 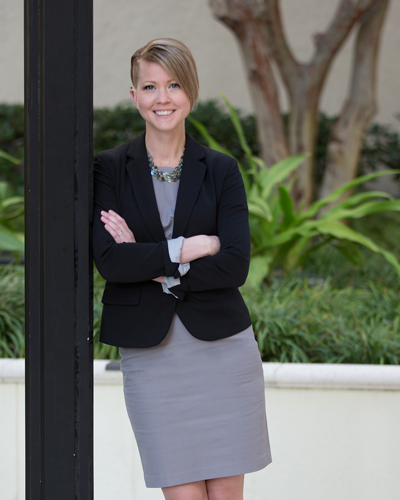 With seven years of experience in the sports industry, Ashley has a unique background in product design andmarketing including a patented track and field safety device (now required by the NFHS and NCAA), technical equipment supp